Original mail
Concern has been growing throughout the EU over abuses of power by large supermarket chains. Earlier this year, a majority of MEPs called for the EU’s Competition Authorities to investigate claims that supermarkets/hypermarkets/discounters or other types of large food retailers were bullying suppliers and imposing unfair terms and conditions on them.

The Competition Authorities (DG Competition) say that they want to investigate but that they need first to have some proof of how the abuse of power by supermarkets is affecting consumers. We would like to gather as much information as possible which indicates that there is a problem across a range of EU member countries, in order to prompt an investigation.

WHAT EVIDENCE DO WE NEED?
Any evidence from European Union Member States which shows or suggests that: The growth of large supermarkets in your country is leading to:

Any evidence which suggests that the abuse of power by supermarkets (as in 2 above) is causing suppliers to go bankrupt or is reducing the earnings of suppliers to such an extent that they can no longer afford to invest in their own equipment and infrastructure. (This may result in workers losing their jobs, or farmers not being paid what they had thought they would earn from selling to a supermarket/hypermarket/discounter)

WHAT FORM OF EVIDENCE ARE WE LOOKING FOR?
Any evidence, relating to the themes above, will be of interest to us. Evidence could take many forms and could include:

PLEASE NOTE: The evidence does not have to be perfect, nor does it need to be fully referenced. We need to demonstrate that there seems to be a problem and the more evidence we can gather, even if it is only anecdotal, the better. (It will then be the responsibility of DG Competition to undertake a thorough investigation which will need to depend on much higher standards of evidence). [We recognise that some of the information which you might want to send to us may need to be kept anonymous – if this is the case please make sure that the information is specific enough for it to be clear that it is a real example – so please include, if possible, what the type of problem was and the type of product, supplier, retailer and country involved].

WHO ARE WE?
We are a loose association of European Civil Society Organisations (CSOs), concerned with food, farming, environment and development issues. These CSOs together make up the AAI EU Supermarkets Group (Details of the Agribusiness Accountability Initiative can be found from its website.) The purpose of this group is to encourage EU Competition Authorities to re-think Competition Policy so that it controls not only over-powerful producers but also over-powerful retailers. Banana Link (UK) (www.bananalink.org.uk) is undertaking this research on behalf of these civil society organisations.

For more information about the organisations in the coalition and the issues we have looked at so far, please see EU MEP briefing paper at: http://www.responsible-purchasing.org/assets/docs/EU%20MEP%20Retail%20Briefing.pdf 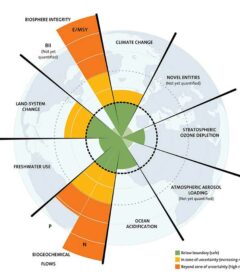 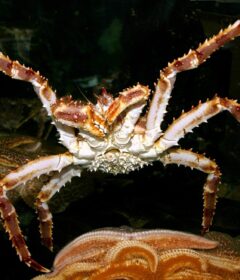